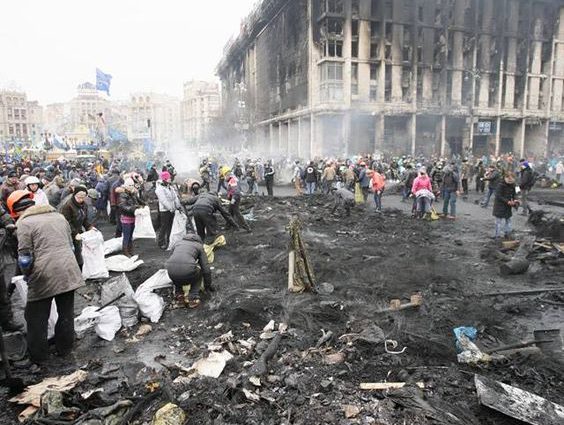 Ukraine’s president warned his nation Sunday night that the coming week would be as crucial as any in the war.

“Russian troops will move to even larger operations in the east of our state,” Volodymyr Zelenskyy said in his nightly address.

He accused Russia of trying to evade responsibility for war crimes.

lack the courage to admit their mistakes, apologize, adapt to reality and learn, they turn into monsters. And when the world ignores it, the monsters decide that it is the world that has to adapt to them. Ukraine will stop all this,” Zelenskyy said.“The day will come when they will have to admit everything. Accept the truth,” he said.

He again called on Western countries, including Germany, to provide more assistance to Ukraine. During talks with German Chancellor Olaf Scholz, Zelenskyy said he discussed “how to strengthen sanctions against Russia and how to force Russia to seek peace.”

“I am glad to note that the German position has recently changed in favor of Ukraine. I consider it logical,” Zelenskyy said.