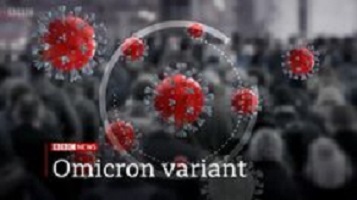 By Administrator_India Capital Sands A day after the Centre asked states to activate war rooms to tackle the rising Omicron threat, state governments stepped up their guards with fresh curbs on religious and social gatherings. They also limited capacity in restaurants and bars, and ordered strict vigil on the ground. Delhi with 57 detected Omicron cases — which according to the health ministry is the highest count in any state – on Wednesday banned all cultural gatherings ahead of Christmas and New Year celebrations. The city government has also capped the occupancy in restaurants, bars, auditoriums at 50 per cent. The Delhi Disaster Management Authority has put a ceiling of 200 people at weddings and permitted sports activities without spectators. The district magistrates (DMs) of Delhi have also been asked to take up intensive surveys of their areas, including slums, markets, and colonies, and also meet resident welfare associations to take steps to ensure that Covid-appropriate behaviour is followed. “No mask no entry” has to be implemented in offices and shops. “Tighten up the enforcement machinery and deploy sufficient numbers of teams in the field to keep utmost vigil at public places,” the DDMA has told DMs. In Punjab, the government, according to reports, has warned that its employees won’t get their salary until they register their vaccination certificate number with the human resources portal iHRMS. One can be fully vaccinated or have taken a single dose but they will have to upload the certificates on the portal if they want their salary. The order, however, does not mention what it intends to do about employees who aren’t vaccinated. Tamil Nadu has decided to close public access to beaches on December 31 and January 1. Traditionally, beaches like Marina beach in Chennai and Besant Nagar are the places where people get together on New Year’s day. Most hotels in the city are organising parties and special events to mark the day against muted celebrations last year. Schools in the state will be open from January 3 and colleges, too, will be functional. In Maharashtra, the education minister indicated that schools may be ordered shut if Omicron cases keep rising. Maharashtra Health Secretary Pradeep Vyas said that fresh guidelines around New Year and Christmas festivities are expected soon. In an order dated December 20, the Municipal Corporation of Greater Mumbai (MCGM) had imposed restrictions on public gatherings and functions. The Karnataka government has already disallowed parties or mass gatherings from December 30 to January 2. Clubs and restaurants will be allowed to have only 50 per cent of the capacity but there is a ban on organising parties. “We had a meeting with experts through video conference regarding the New Year celebrations, keeping in mind the Covid-19 and Omicron-related cases,” said Chief Minister Basavaraj Bommai. In apartment complexes, too, there will be no parties and residents’ associations will have to ensure that the rules are not violated. The Centre had sent an advisory to states on Tuesday, warning that the Omicron variant of Covid-19 is at least “three times more transmissible’” than the Delta variant, directing state governments to impose strict restrictions in districts reporting high positivity rate, including the imposition of night curfew, strict regulation of large gatherings, and containment measures. Some states, such as West Bengal, are going against the wind. Though West Bengal has extended the night curfew until January 15, the Mamata Banerjee government last week relaxed the restrictions related to the movement of people and vehicles between 11 pm and 5 pm for Christmas and New Year celebrations from December 24 to January 1. Gujarat has decided to extend the night curfew in 8 major cities (Ahmedabad, Gandhinagar, Surat, Rajkot, Vadodara, Bhavnagar, Jamnagar and Junagadh) from 1 am to 5 am until December 31. Kerala, which is still contributing to the majority of Covid-19 cases in the country with an average of around 3,000 cases over the last seven days, has not yet come out with any ban or guidelines on New Year celebrations. India’s most populous state Uttar Pradesh is preparing a mitigation strategy and has reserved 100 beds and 50 beds in the medical colleges and district hospitals, respectively, for Covid patients. A dedicated Covid hospital will be activated once the active cases in any district shoot past the 50-mark, while the number of beds and doctors/health workers will be ramped up accordingly. The state is speeding up the process of setting up oxygen plants. So far, 551 oxygen plants have been commissioned and 10 more are likely to be operationalised in the coming weeks.
2021-12-23
Previous Post: Omicron variant three times more transmissible: Centre warns states
Next Post: Ola’s dream of world’s biggest e-scooter factory hits hurdle