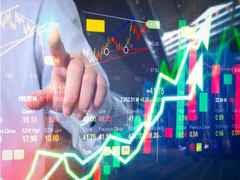 The benchmark S&P 500 reached new peaks, while the dollar held a retreat, and benchmark 10-year U.S. Treasury yields were little changed at 1.49%.

U.S. President Joe Biden struck a bipartisan $579 billion infrastructure deal on Thursday, which aims to create millions of jobs. The move is expected to move through Congress alongside a separate bill that would spend trillions more on what Biden called “human infrastructure” that is opposed by the Republican party.

An MSCI Inc. gauge of global stocks is expected to record its best week since April, thanks to the continuous economic recovery from COVID-19. Investors remain optimistic despite risks such as higher inflation, the prospect of tightening monetary policy, and the spread of more infectious COVID-19 variants.

Investors now await data on personal spending and the University of Michigan consumer sentiment, due later in the day.