By: Administrator_India
In: RBI
Tagged: PMC Bank, RBI
With: 0 Comments 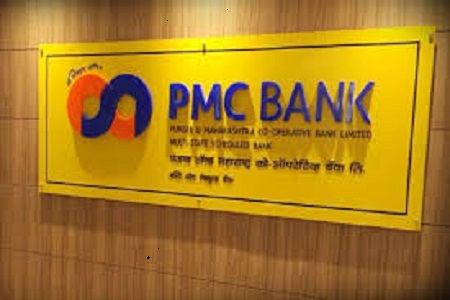 The Reserve Bank of India on Tuesday said it is yet to come up with a resolution plan for Punjab and Maharashtra Cooperative Bank, and named a new administrator for the crisis-ridden lender.

While the central bank and the PMC Bank administrator have been exploring various options, “factors such as huge losses incurred by the bank resulting in its entire net worth getting wiped out, steep erosion in deposits, etc. continue to pose serious challenges in finding a workable plan for revival of the bank,” the RBI said.

Nevertheless, PMC Bank and the RBI are continuing to engage with stakeholders to find a viable and workable solution for the resolution of the bank, it added.

The RBI appointed former Union Bank of India executive A K Dixit as the new administrator of PMC Bank, replacing Mr J.B. Bhoria, who stepped down on September 22 due to health reasons.
PMC Bank has been making efforts for recovery of NPAs although the progress has been constrained because of the COVID-19 pandemic and legal complexities, the central bank said.

The RBI superseded PMC Bank in September last year after the discovery of a fraud and significant financial irregularities. Of its total loan book of Rs 8,383 crore as on March 31, 2019, about 70 percent had been taken by real estate firm HDIL. The bank had Rs 11,600 crore in deposits.

The police arrested Joy Thomas, former managing director of the PMC Bank, in October. A few more arrests have been made since then.

During investigations, it was found that the bank had been allegedly running fraudulent transactions for several years to facilitate lending to HDIL through fictitious accounts and violating single-party lending rules.

About 78 percent of the depositors have since been allowed to withdraw their deposits upto a limit of Rs 50,000. While this limit was further enhanced to Rs 1 lakh in June this year, many depositors who have bigger amounts parked in the bank are still unable to get their money back.

While enhancing the withdrawal limit to Rs 1 lakh, the RBI had said more than 84 percent of depositors would be able to withdraw the entire balance in their accounts.

However, two depositors of the PMC Bank told Moneycontrol that the bank is insisting on written requests from some customers for withdrawals.