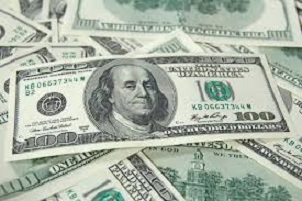 The bounce has lifted the greenback about 1% above the 28-month low it hit against a basket of currencies on Tuesday and brought its first back-to-back daily gains since June.

Few analysts expect it to hold for too long but it was steady in morning trade, inching about 0.1% firmer on the Australian dollar, kiwi, euro and pound as investors position themselves ahead of U.S. jobs data due on Friday.

The dollar clung to overnight gains on Thursday, as investors trimmed bets against the greenback and sold the euro on concerns that the European Central Bank was worried about its rise.

The drop in the euro extended its retreat from the $1.20 mark, which had begun on Tuesday after the ECB’s chief economist Philip Lane said the euro-dollar rate “does matter” for monetary policy – suggesting the bank might do something about it.

Ray Attrill, head of FX strategy at National Australia Bank in Sydney said that was unlikely, but that “Lane’s comments were the excuse for some traders to take profits on long euro positions” that had begun to look stretched.

The value of euro longs stood at a record high last week .

The Australian dollar dipped to $0.7331 and the kiwi was a touch softer at $0.6764, though it has put up the toughest fight against the dollar’s bounce and is only about 0.4% below a 13-month high touched on Wednesday.

The Japanese yen is gradually settling back towards where it was before Shinzo Abe resigned as Prime Minister as his close ally Yoshihide Suga firms as the favourite to succeed him.

The yen slipped marginally to 106.21 per dollar.

Ahead on Thursday are purchasing managers index figures in Asia, Europe and the United States. Markets are also awaiting U.S. payrolls figures on Friday.