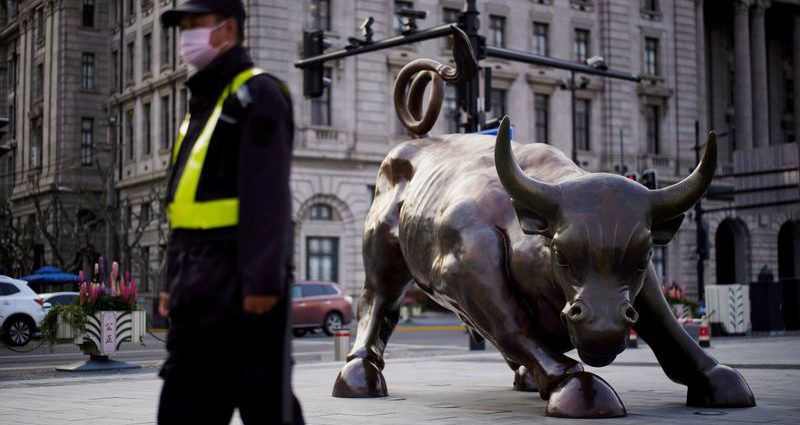 The euro stood at an 18-month high, silver soared and commodities forged ahead on Wednesday, as economic recovery hopes drove bets on rebounding world demand and a falling U.S. dollar.

Stock markets in Asia ground higher, except in Australia where a surge in coronavirus infections put pressure on bank and travel shares and the benchmark index fell 1%. S&P 500 stock futures advanced 0.4% in line with the relatively positive mood.

The euro’s rally was triggered by European Union leaders striking a deal for a region-wide rescue plan, a huge step toward both recovery and a stronger union.

The common currency surged to $1.1543, its best since January 2019, as investors bet an economic rebound would benefit currencies besides the dollar as global exports pick up and trade improves.

The Australian dollar hit a more than one-year high of $0.7144 on Wednesday and was further bolstered by strong domestic retail sales data.

Sliding real bond yields have added to the lustre of precious metals, at the same time that industrial demand has put silver on a tear. Spot prices for the metal, used in solar systems, rose 5% on Wednesday and are up 15% for the week.

Elsewhere there was a lid on optimism. The spread of the coronavirus in the United States and other hotspots such as India, Latin America, Tokyo and Melbourne, gathered pace and signs abound that economic recovery is far from assured in the shorter term.

Economists are expecting trade-sensitive South Korea to post its worst economic contraction in 20 years when second-quarter GDP data is published on Thursday.

Republicans and Democrats are at loggerheads over the size of the next fiscal relief package as a month-end “fiscal cliff” deadline for extending unemployment insurance looms.

On Wall Street overnight the benchmark S&P 500 index poked in to positive territory for the year so far, but struggled for headway and closed 0.16% higher.

The Dow rose 0.6%, and the Nasdaq fell 0.8% as investors sold a spectacular tech rally that has swelled titans Apple, Amazon, Microsoft and Alphabet so much that their market value exceeds that of all Japan’s equities combined.