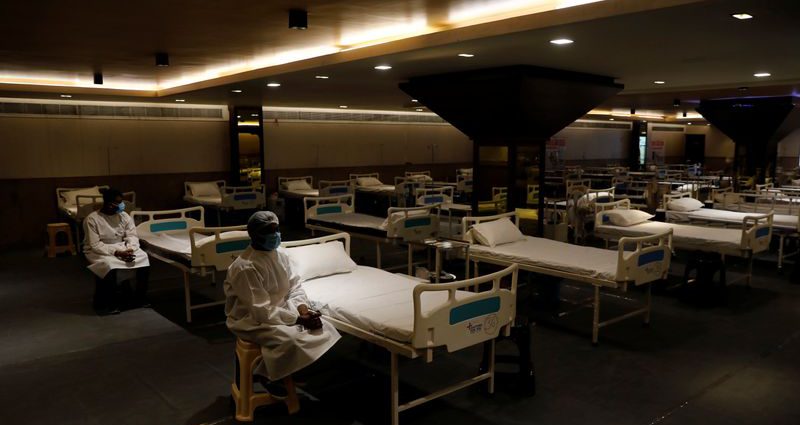 Authorities in New Delhi worked to convert a spiritual centre into a huge quarantine facility on Thursday as novel coronavirus cases in the Indian capital overtook the financial hub Mumbai for the first time.

That is more than Mumbai’s 69,528, though the city, long considered one of India’s biggest coronavirus hot spots, has seen a higher rate of deaths.

Nationally, a record 16,922 new cases were recorded in the past 24 hours, federal data released on Thursday showed, taking total cases in the country to nearly half a million with nearly 15,000 deaths.

That is behind only the United States, Brazil and Russia, and five times that of China, that has a similar-sized population and where the virus originated late last year.

Embassies have warned their citizens living in Delhi that hospital beds are running out, urging them to consider leaving the country.

But unlike some other states, Delhi has tested its citizens aggressively, a fact experts hope will help over the next few weeks, when cases could peak in the capital.

“Most of the cases detected now are directly a function of increased testing. Going forward, this should help in the early isolation of those who are infected,” said Giridhara R Babu, an epidemiologist at the Public Health Foundation of India.

The federal government has sent in border police to manage the quarantine facility at a centre for spiritual organisation Radha Soami Satsang Beas.

On Thursday, dozens of staff were installing fans and assembling rudimentary beds made out of cardboard.

When complete the facility will have capacity for more than 10,000 patients, housed in a vast hangar usually used for lectures given by its spiritual leader.

A section of the temporary hospital is scheduled to open on Friday.