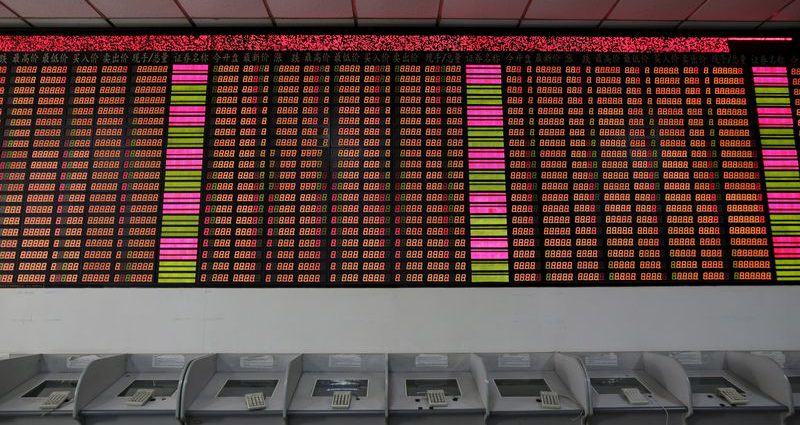 Asian stocks were set to rise on Friday amid investor optimism about the re-opening of the U.S. economy from coronavirus lockdowns and possibly more stimulus that could fuel a recovery.

U.S. President Donald Trump said he was open to negotiating another possible stimulus bill amid the novel coronavirus pandemic, but “was taking his time” to see if more federal action was needed.

“We’re expecting to see a positive situation evolve here,” said Ryan Felsman, a senior economist at CommSec in Sydney, noting that Asian equities would likely follow the positive Wall Street lead, driven in part by gains in banking and energy.

Optimism over potential stimulus spurred investors to look past a report from the U.S. Labor Department, which showed just under 3 million new jobless claims last week, pushing the seven-week tally well over 36 million.

Investors also shrugged off bellicose remarks from President Trump regarding U.S.-China trade and a whistleblower’s dire warnings that the United States could face “the darkest winter” if it does not improve its response to the pandemic.

Investors on Friday are awaiting monthly data from China that tracks industrial production, fixed-asset investment, and retail sales. The retail data will be an especially insightful indicator of China’s recovery as its economy reopens, Felsman said.

Residents in Wuhan, the Chinese city where the novel coronavirus emerged, braved pouring rain in queues of more than an hour to take part in a government-led exercise to test the city’s 11 million people for the novel coronavirus, scale health experts describe as unprecedented.

The Japanese yen remained strong on the back of increased safe-haven demand, but is set to slip below the 107 yen per dollar mark, Ipek Ozkardeskaya, senior analyst at Swissquote Bank, said in a note.

In commodity markets, oil prices settled higher on Thursday after the International Energy Agency (IEA) forecast lower global stockpiles in the second half of 2020, although worries remain that the second surge in coronavirus infections could occur in the coming months.

Against a basket of its rivals, the dollar rose 0.20%, hitting a three-week high.