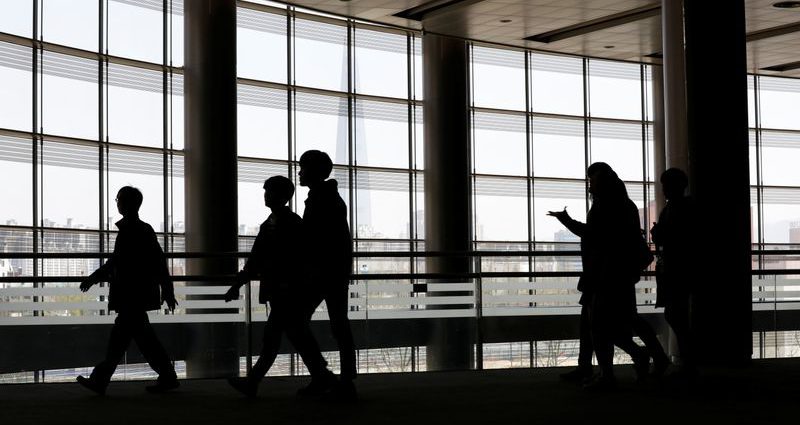 South Korea’s unemployment rate was unchanged in April but the number of employed fell at its fastest in more than two decades, data showed on Wednesday, as efforts to contain the coronavirus pandemic shut businesses and cut social activity.

The nation’s unemployment rate was a seasonally adjusted 3.8% in April, unchanged from March.

However, the number of employed was 26.6 million in April, 476,000 fewer than a year earlier, for the worst plunge since February 1999, when the figure shrank 658,000, data from Statistics Korea showed.

Asia’s fourth-largest economy could contract this year as global demand for Korean goods falls and jobs vanish across the service and manufacturing sectors, even as policymakers pump out stimulus to keep credit flowing to businesses.

The government plans to inject more than 245 trillion won ($200.62 billion) of stimulus, or about 10% of GDP, to support businesses and keep more South Koreans in jobs through the pandemic.

The economy faces a “wartime situation” with “colossal” damage from the pandemic, President Moon Jae-in said on Sunday, the third anniversary of his inauguration.

Unemployment fears are spreading beyond self-employed small business owners, non-permanent workers and day labourers to affect almost all employees, including full-time employees and those at mid-market companies and large businesses.

Breakdowns showed workers at retailers and restaurants were the hardest hit in April, as the numbers of new jobs fell 334,000 from a year earlier.

After the data release, Finance Minister Hong Nam-ki said the government plans to urgently create more than 550,000 jobs to protect self-employed businesses and those in temporary jobs.