By: Ritu
In: Stocks
Tagged: European market
With: 0 Comments 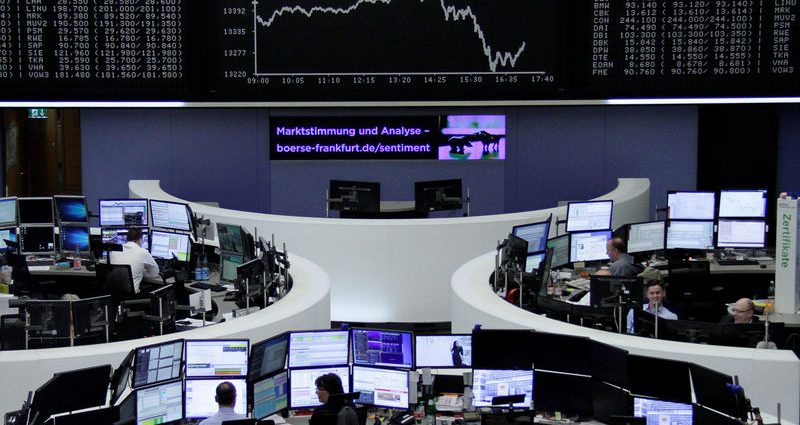 The Federal Reserve is set to finish its two-day meeting later Wednesday but, with no change in rates expected, attention will be focused on any guidance the Fed has about the trajectory of the economy.

The focus will then turn to the European Central Bank, which meets Thursday, especially after Fitch’s decision to downgrade its rating on Italian debt to BBB-, one notch above junk.

President Christine Lagarde and her colleagues have already ramped up bond-buying of vulnerable nations, but expectations are running high that the central bank will do more Thursday, given how the region’s governments are struggling to agree on joint fiscal action.

The corporate earnings newsflow has continued Wednesday, with German car giants Volkswagen  and Daimler  both said that they expect to be profitable this year, despite big falls in sales in the first and second quarters due to the pandemic.

Shares in AstraZeneca  rose 1.6% after the drugmaker beat estimates for first-quarter profit and reiterated its 2020 outlook on Wednesday.

Barclays  climbed over 4% despite taking a 2.1 billion pound impairment charge to cover the impact of the virus, saying it was well placed to get through the crisis.

On the flip side, British Airways plans to cut more than a quarter of its jobs in response to the coronavirus crisis, its parent company IAG  said, while reporting a first-quarter operating loss of 535 million euros ($580 million), compared with a profit of 135 million a year ago. IAG shares fell 4.5% after the company also flagged further groupwide restructuring measures to come.

Planemaker Airbus Group  on Wednesday posted a 49% slump in first-quarter adjusted operating profit amid the “gravest crisis the aerospace industry has ever known”.

Oil futures bounced back Wednesday, but the recent volatility continued.