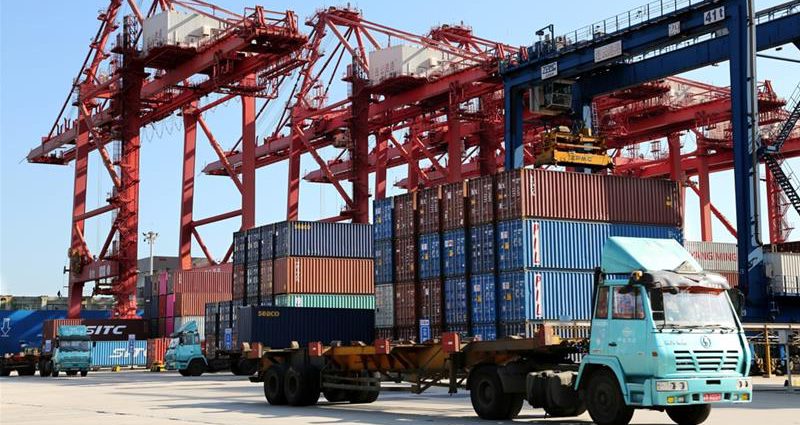 Japan’s exports slumped the most in nearly four years in March as U.S.-bound shipments, including cars, fell at the fastest rate since 2011, highlighting the damage the coronavirus pandemic is inflicting on global demand and trade.

Monday’s bleak data underscored the challenges Prime Minister Shinzo Abe’s government faces in dealing with a collapse in an activity that is expected to send the global economy into its deepest slump since the Great Depression of the 1930s.

After a jump in virus cases, Abe expanded a state of emergency last week to include the entire country, which gave authorities more power to push people to stay home and businesses to close. Japan has reported more than 9,000 infections and about 200 deaths.

Adding to worries the world’s third-largest economy is sliding into recession, Ministry of Finance data showed Japanese exports fell 11.7% in the year to March, compared with a 10.1% decrease expected by economists in a Reuters poll.

That followed a 1% fall in February and marked the biggest decline since July 2016.

Imports fell 5.0% in the year to March, versus the median estimate for a 9.8% decline, after the prior month’s 13.9% drop, bringing the trade balance to a surplus of 4.9 billion yen.

By region, exports to China, Japan’s largest trading partner, fell 8.7% in the year to March, reflecting a slump in items such as car parts, organic compounds, and chip-making machinery.

China’s economy shrank for the first time on record in the first quarter as the virus hit production and spending hard, piling pressure on authorities to do more to stop job losses.

But while China is restarting its economic engines after bringing the outbreak under control, demand has plunged in many other countries after they imposed lockdowns to contain the pandemic.

U.S.-bound shipments, another key market for Japanese goods such as cars and electronics, fell 16.5% year-on-year in March, the biggest decline since April 2011, weighed by drops in demand for cars, airplane motors, and construction, and mining machinery.

Shipments to Asia, which account for more than half of Japanese exports, declined by 9.4%.

The global economy is expected to shrink 3.0% in 2020 in a collapse of activity that would mark the steepest downturn since the Great Depression of the 1930s, the International Monetary Fund said last week.

The pandemic has now infected more than 2.2 million and killed more than 150,000 people globally.

2020-04-20
Previous Post: Asian Stocks Up Despite Massive Shrink in Chinese Economy
Next Post: India stocks mixed at close of trade; Nifty 50 down 0.05%