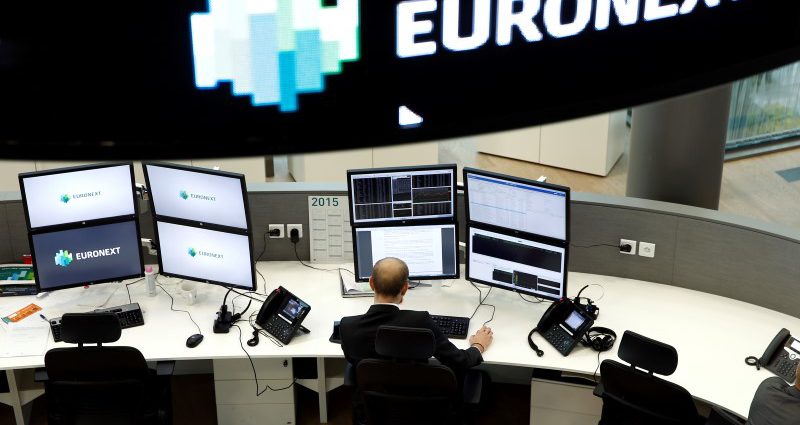 The number of confirmed cases of the Covid-19 virus is rapidly approaching two million globally, but Italy – the worst hit country in Europe in terms of deaths – reported Monday its lowest number of new cases since April 7.

In addition, many countries are now beginning to ease some restrictions. Spain has allowed around 300,000 nonessential workers to return to their jobs, while Italy will allow a narrow range of businesses to resume operations this week.

Helping the tone Tuesday was the release of better-than-expected Chinese trade data for March as year-on-year exports and imports contracted less than expected.

In corporate news, AstraZeneca  shares climbed 7% after the drugmaker said Tuesday that it would start a clinical trial to assess the potential of its drug Calquence in the treatment of Covid-19.

Julius Baer  shares dropped 0.5% after the Swiss wealth manager said Tuesday it will propose splitting its 2019 dividend payment into two halves. The announcement follows similar proposals by UBS and Credit Suisse after requests from Swiss financial supervisor FINMA that they conserve capital amid the coronavirus pandemic.

Valeo shares rose 0.6% despite withdrawing its 2020 guidance on Tuesday due to the widespread coronavirus disruption. The French car parts supplier added that it expects Chinese sales to go back to normal in the coming months.

Attention will turn to the start of the U.S. earning season, which will likely show a severe blow to corporate profits from the pandemic.

U.S. banking giants JPMorgan Chase and Wells Fargo are due to issue first quarter results before the bell, and their numbers are likely to be studied carefully as banks tend to be viewed as bellwethers for the wider economy because of their central position in the financial system.

Oil prices have edged higher Tuesday following the weekend’s deal to cut output by 9.7 million barrels per day in May and June, However, gains are limited as the cuts are still dwarfed by the likely drop in demand in April given the global economic shutdown.

The American Petroleum Institute will report its weekly U.S. oil inventory data after the bell, updating traders on the extent of the demand destruction.

2020-04-14
Previous Post: Arun Kumar Saini – Enterprises & Businessman, Group companies with interests in education, real estate, financial services and brand holdings.
Next Post: UK economy could shrink by the most in 300 years in 2020