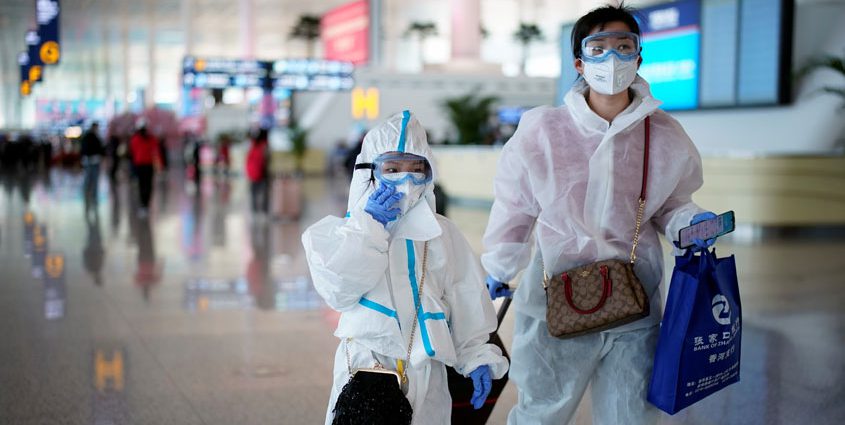 The Chinese city where the coronavirus epidemic first broke out, Wuhan, ended a two-month lockdown on Wednesday, allowing people to leave the city, if they were healthy, amid concerns of a second wave of infections as cases in mainland China rose.

China sealed off the city of 11 million people in late January to stop the spread of the flu-like virus to other parts of the country. Over 50,000 people in Wuhan caught the virus, and more than 2,500 of them died, according to official figures.

But restrictions have eased in recent days as new infections dropped to a trickle. Wuhan, capital of Hubei province, saw just three new confirmed infections in the past 21 days.

Around 55,000 people are expected to leave Wuhan by train on Wednesday. More than 10,000 travellers have left the city by plane so far as flights resume at Wuhan Tianhe Airport. Flights to Beijing and international locations have not been restored.

Wuhan residents have also been urged not to leave their neighbourhood, their city and even the province unless absolutely necessary.

People from Wuhan arriving in the Chinese capital will have to undergo two rounds of testing for the virus.

China maintains strict screening protocols, concerned about any resurgence in domestic transmissions due to virus carriers who exhibit no symptoms and infected travellers arriving from overseas.

New confirmed cases rose to 62 on Tuesday from 32 a day earlier, the National Health Commission said, the highest since March 25. New imported infections accounted for 59 of the cases.

The number of new asymptomatic cases rose to 137 from 30 a day earlier, the health authority said on Wednesday, with incoming travellers accounting for 102 of the latest batch.

Chinese authorities do not count asymptomatic cases as part of its tally of confirmed coronavirus infections until patients show symptoms such as a fever or a cough.