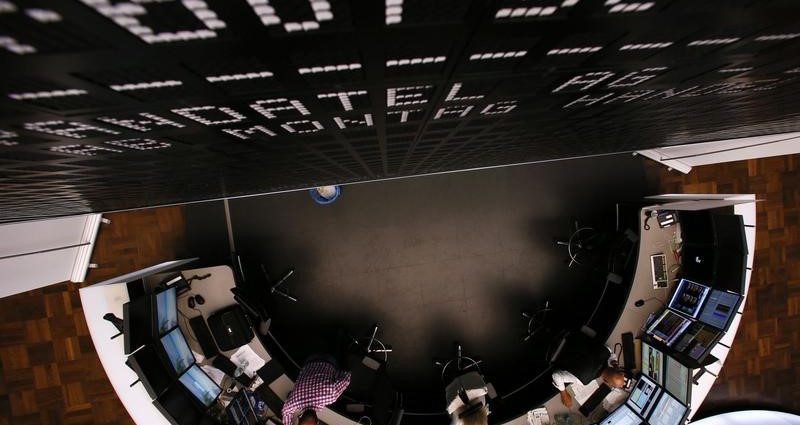 European stock markets posted strong gains Monday, helped by signs of a slowdown in coronavirus-related deaths in the region, and by expectations of more financial aid to help bolster its battered economies.

The number of deaths has fallen in recent days in Italy and Spain, the two European countries worst hit, as well as in Germany, the region’s most populous country. The rate of new infections presents a more mixed picture, but has clearly slowed in Italy.

This news has raised hopes that the European continent may be on the road back to something approaching normality, although British Prime Minister Boris Johnson was taken to hospital on Sunday suffering from persistent coronavirus symptoms..

Eurozone finance ministry officials are set to hold discussions this week about how best to aid poorer states buckling under the coronavirus strain.

The subject of joint ‘coronabonds’ is sure to be raised again, but more likely options include credit lines from the euro zone’s bailout fund, more lending from the European Investment Bank and using a joint long-term budget directly for guarantees for leveraged borrowing.

In corporate news, shares in HSBC climbed 3% in the positive market despite Fitch Ratings downgrading its outlook to negative from stable. The agency kept its A+ long-term default rating.

Accor shares climbed over 5% after its chief executive stated the French hotel group has enough cash to operate through the coronavirus crisis. BMW shares rose 6.5% even after the carmaker reported a 20% drop in first-quarter sales.

On the flip side, Norwegian Air Shuttle shares fell 6% after the airline reported passenger volume fell by 60% year-on-year in March as it grounded more of its fleet amid global efforts to halt the spread of the novel coronavirus.

Oil prices edged lower as the OPEC+ group of major exporters delayed a meeting scheduled for later in the day to Thursday.

The announcement of the meeting, called last week to mediate a truce between Saudi Arabia and Russia in their ongoing price war, sent oil prices soaring last week.