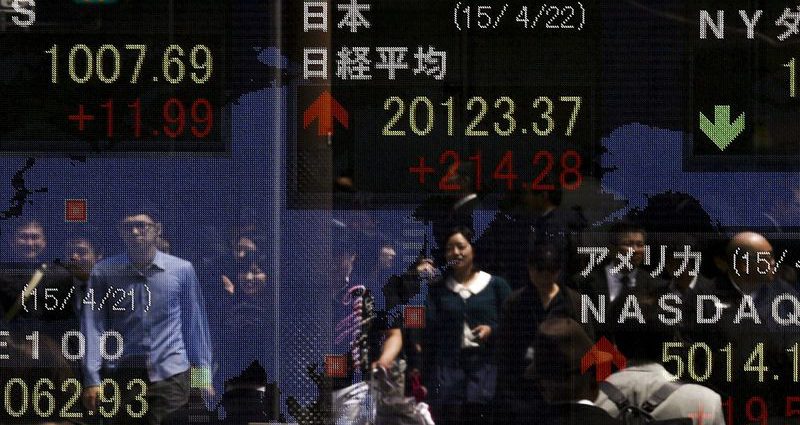 Asian stock markets were up on the last trading day of the week despite drops in Chinese industrial profits and a huge rise in U.S. jobless claims.

China’s National Bureau of Statistics reported that industrial profits for January and February dropped 38.3% year on year, compared to a 6.3% drop in December 2019. The steepest drop in a decade was due to lockdowns to curb the spread of COVID-19.

Despite the news, China’s Shanghai Composite was up 0.8%, while the Shenzhen Component was up 0.97%.

The United States announced an unprecedented 3.28 million jobless claims last week, triple the one million in forecasts compiled by investing.com.

Expectations that the House of Representatives will pass a $2.2 trillion stimulus package buoyed investor hopes and equities. United States Federal Reserve Chairman Jerome Powell told NBC’s Today program on Thursday that: When it comes to this lending, we’re not going to run out of ammunition, that doesn’t happen.

“We still have policy room in other dimensions to support the economy.”

But Joseph Capurso, senior currency strategist at Commonwealth Bank of Australia, warned in a note: “We judge markets are pricing‑in a short sharp US recession. Our fear is the surge in jobless claims – even if the benefits paid will soon be increased – will draw-out the recession longer than markets expect.”