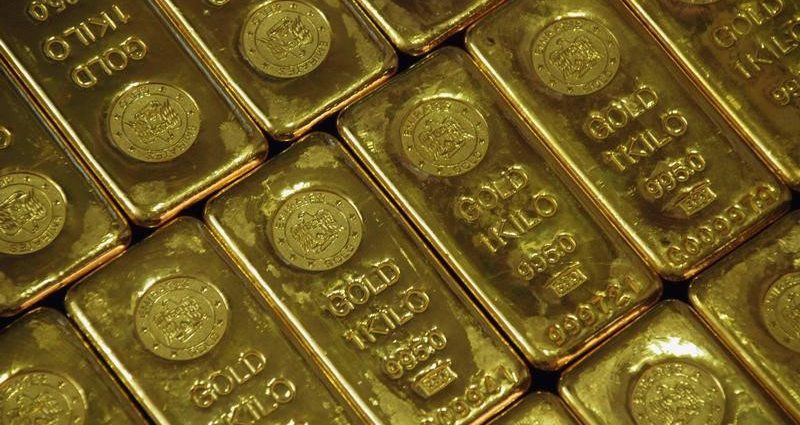 Gold prices rose on Wednesday after a steep fall in the previous session, as doubts about a stimulus package proposed by U.S. President Donald Trump to soften the economic impact of the coronavirus epidemic weighed on risk sentiment.

The White House and Congress negotiated measures on Tuesday to bolster the U.S. economy and Americans’ paychecks against the epidemic’s impact, although there was no immediate sign of a deal.

Risk sentiment has turned sour … the market is pretty disappointed by Trump’s delay of the stimulus package, which he had promised on Tuesday.

A central feature of the legislative proposal is payroll tax relief, although the extent and duration of the proposal were unclear.

Asian shares and Wall Street futures fell as growing scepticism about Washington’s stimulus package knocked the steam out of an earlier rally.

Benchmark U.S. 10-year Treasury yields drifted lower, resuming their march towards an all-time low touched earlier in the week, while the dollar fell against key rivals as nervous sentiment over the coronavirus epidemic persisted.

The dip in U.S. Treasury yields and the dollar supported bullion further.

The total number of infected cases in mainland China rose to 80,778 as of Tuesday, while more than 116,000 people have been infected globally.

Central banks, meanwhile, were seen stepping up efforts to combat the economic fallout of the epidemic, with the U.S. Federal Reserve expected to cut interest rates during its scheduled policy meeting in the coming week.

The Fed had already slashed its benchmark interest rate in an emergency move last week. Markets are also pricing in a rate cut by the Bank of England on March 26.

European Central Bank head Christine Lagarde will participate in a video conference of the EU’s 27 leaders to discuss measures to counter the virus impact, the Council of the European Union said.