Yen Near 9-Month Lows, Euro Stays on the Back Foot 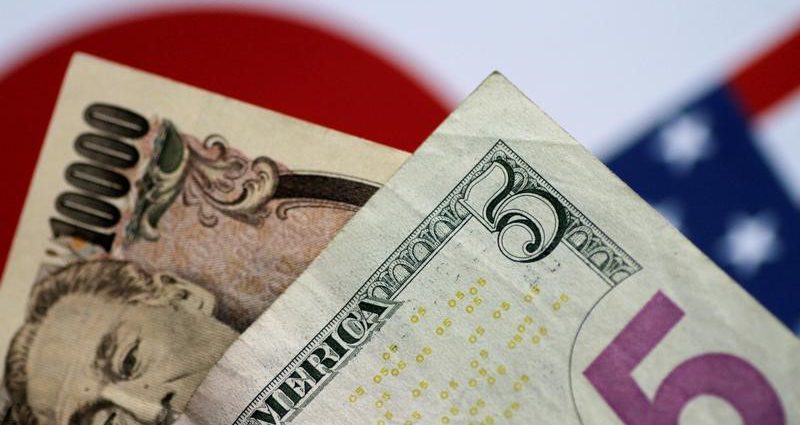 The safe haven yen was trading close to nine-month lows against the dollar on Thursday as risk appetite was underpinned by expectations that China will continue with steps to offset the economic impact of the coronavirus epidemic.

The dollar was trading at 111.69 against the Japanese currency , not far from the highest level since May 2019. The yen dropped 1.3% on Wednesday, its largest one-day percentage decline since August.

China’s central bank lowered its benchmark lending interest rate on Thursday, adding to measures aimed at limiting the impact from business shutdowns and travel curbs on the world’s second-largest economy.

The Chinese yuan was slightly lower against the dollar following the rate cut.

China reported a steep drop in the number of new cases of the virus on Thursday, partially due to a change in its reporting methodology, but the data supported risk appetite.

The euro was trading at 1.0788, close to its weakest level since April 2017. The single currency has been pressured lower after a recent string of weak eurozone economic data boosted speculation that monetary policy will remain looser for longer.

The latest Federal Reserve meeting minutes published on Wednesday showed that policymakers were cautiously optimistic about their ability to keep interest rates on hold this year while acknowledging new risks caused by the virus outbreak.

Minnesota Fed president Neal Kashkari, widely seen as one of the most ‘dovish’ of the Fed’s top brass, said on Wednesday that, as regards the key fed funds rate, “If I were to guess, I’d guess we’re probably going to sit here for the next three months, next six months, maybe longer.”

Against a basket of currencies, the greenback was hovering near a four-month high at 99.69. It touched multi-year highs against the Australian dollar overnight after data showing that Australia’s jobless rate climbed unexpectedly in January.