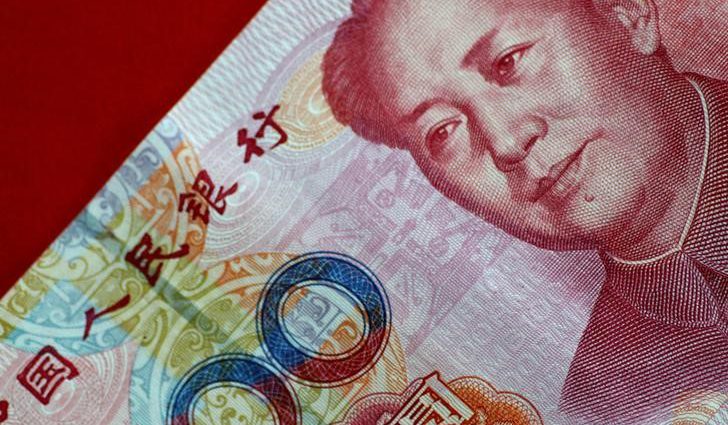 The Chinese yuan is flying Friday, climbing to six month highs against the U.S. dollar in the wake of the release of the country’s latest economic growth figures.

The USD/CNY pair traded at 6.8598, down 0.3%, while the US Dollar Index Futures, which tracks the greenback against a basket of other currencies, was essentially flat at 97.06.

The People’s Bank of China set the reference rate for the yuan at 6.8878 Friday, compared with 6.8807 Thursday.

Earlier Friday, China reported that its gross domestic product grew 6% in the fourth quarter, meaning economic growth slowed to 6.1% in 2019. While this is in line with expectations, it’s also the country’s weakest growth in nearly three decades. Traders zeroed in on the monthly data for industrial production, which grew at the fastest rate since April in December, while retail sales growth stayed at 8% and fixed asset investment ticked up from a multi-year low. All those indicators point to a bottoming out of the world’s second-largest economy.

That said, there had been fears that the U.S.-China trade war could result in the annual GDP figure losing its 6% handle. Additionally, the country’s industrial production rose 6.9% in December, well above economists’ estimates of 5.9% and the fastest gain since April 2019. And annual retail sales growth stayed at 8.0%, more than expected.

These figures added to the tailwinds which have been boosting the currency of late.

It was only Wednesday that the signing phase one trade agreement between the U.S. and China drew a line under 18 months of tit-for-tat tariff hikes that hurt global, and domestic growth.

The U.S. had announced the manipulator label in August, after the yuan slid above 7 to the dollar for the first time in more than a decade.

2020-01-17
Previous Post: China posts weakest growth in 29 years as trade war bites, but ends 2019 on firmer note
Next Post: IEA warns oil companies doing nothing on emissions is not an option