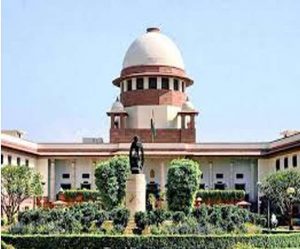 Stating that democracy in India is under threat from the BJP-led government at the Centre, West Bengal Chief Minister Mamata Banerjee wrote to chief ministers and senior leaders belonging to opposition parties urging them to unite and chalk out a plan to “save the country”.

As massive anti-Citizenship Amendment Act (CAA) and National Register Citizens (NRC) protests continued in several parts of the country for a ninth consecutive day on Monday, including in Chennai and Bengaluru, Andhra Pradesh Chief Minister YS Jaganmohan Reddy joined the growing list of non-BJP chief ministers to announce that he would not implement NRC in the state. As many as 10 non-BJP chief ministers, including ally and Bihar CM Nitish Kumar, have announced they will not implement NRC in their respective states.

The top Congress leadership, led by party chief Sonia Gandhi, sat on “Satyagraha for Unity” at Rajghat, in New Delhi, demanding protection of the rights of people as enshrined in the Constitution.

However, Prime Minister Narendra Modiwas criticised by several opposition leaders on claim at a public rally in the national capital on Sunday that his government never discussed a nationwide NRC.

Former Madhya Pradesh chief minister and BJP leader Shivraj Singh Chouhan said it will be implemented but only after “detailed discussions”. The NRC has been discussed neither in Parliament nor in the Cabinet, he said.

The Congress noted that the BJP in its Jharkhand assembly election manifesto claimed it will implement the NRC and Union Home Minister Amit Shah has said it will be implemented across the country.

Around 5,000 police personnel were deployed in the area. The protest did not witness any law and order issue, quite a change from the spate of violence and arson that have been seen in several parts of the country, in the last few days.