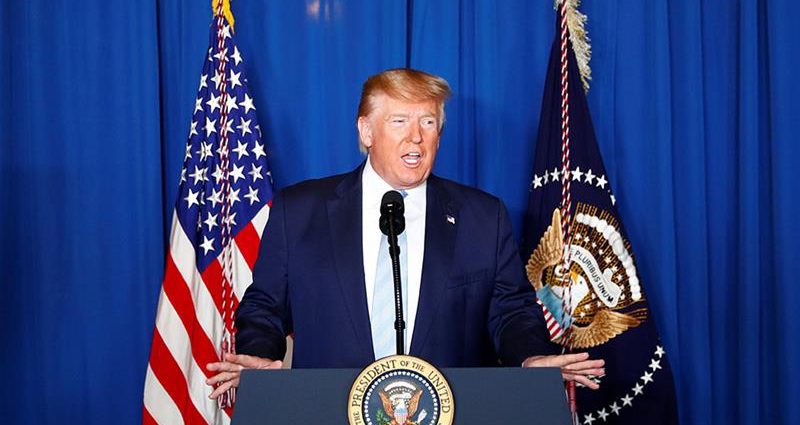 The White House on Sunday signaled comfort with plans by Senate Republicans to avoid new witnesses in President Donald Trump’s impeachment trial, while a top Democrat seized on a newly released email on the withholding of U.S. aid to Ukraine to press his case for testimony.

The Democratic-led House of Representatives approved two impeachment charges against Trump on Wednesday over his pressuring of Ukraine to investigate a political rival. There is little chance he will be convicted and removed from office through a trial in a Senate controlled by fellow Republicans.

Democrats are pushing to call top Trump aides to testify, but Senate Majority Leader Mitch McConnell wants the Senate to consider the case without hearing from new witnesses.

In testimony to Congress last month, however, U.S. Ambassador to the European Union Gordon Sondland said he was first informed on July 18 that the White House was withholding security aid to Ukraine. “I was never able to obtain a clear answer regarding the specific reason for the hold,” he added.

The aid and the Trump-Zelinskiy call are at the heart of the impeachment case put together by Democrats, and Duffey is one of the four witnesses Schumer has proposed calling.

While Trump had indicated an interest in calling separate witnesses in his defense, he has also said he would go along with whatever decision McConnell and other Senate Republican leaders make.

In remarks on Sunday talk shows, Marc Short, chief of staff to Vice President Mike Pence, indicated the White House was on board with McConnell’s goal of a speedy trial.

To ramp up pressure on McConnell to permit new testimony, House Speaker Nancy Pelosi – the top Democrat in Congress – has postponed sending the impeachment charges to the Senate.

Republicans have suggested Democrats want witnesses because the case they have assembled is so weak, while Democrats portray Republicans as scared about what new testimony might reveal.